Title: Walking up a Down Room (this time around, the figure crosses the field and arrives at a ruined cottage, where the peddler tells him the pathos-drenched tale of the last resident wanderer) 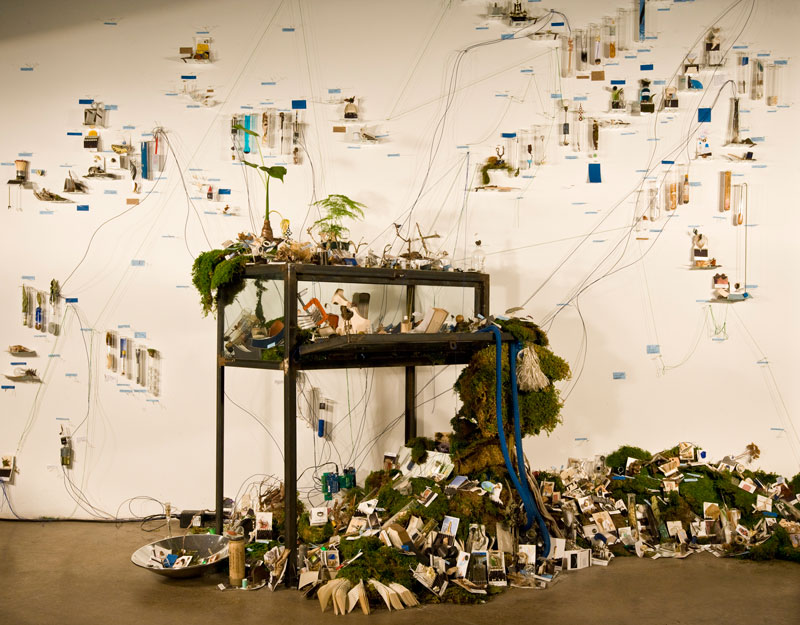 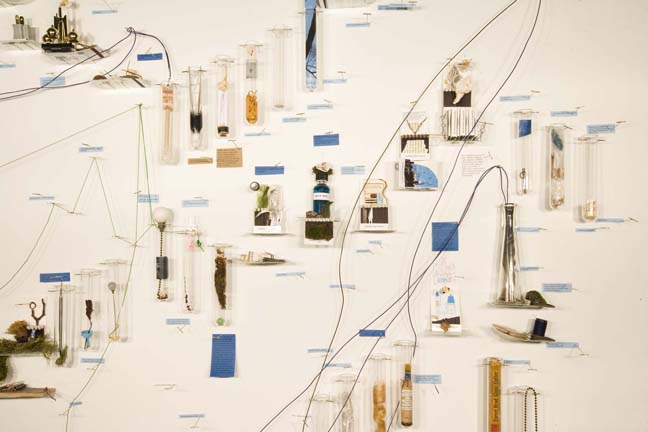 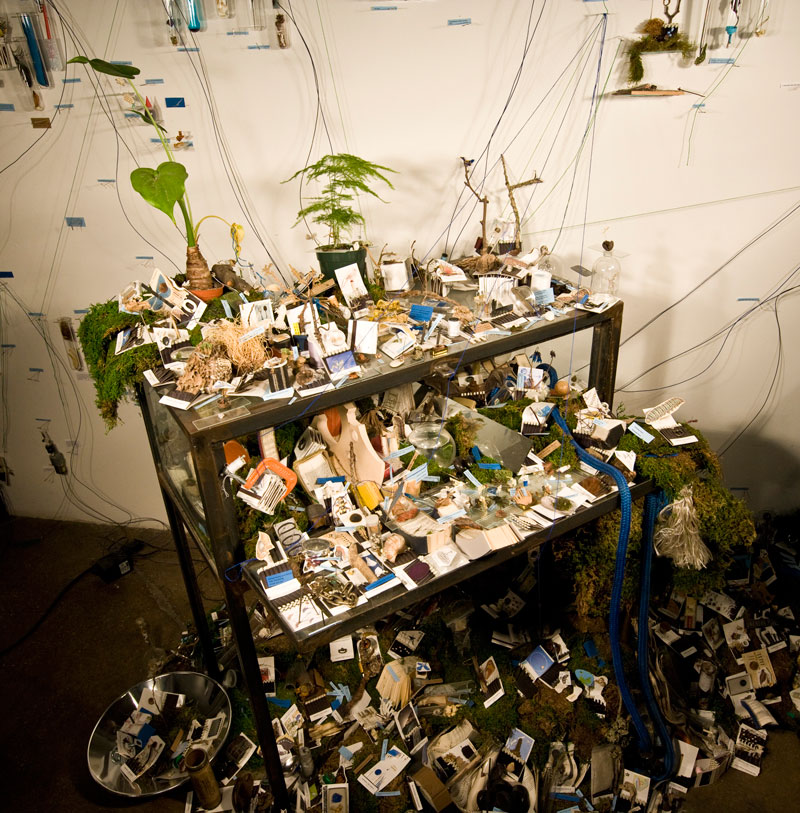 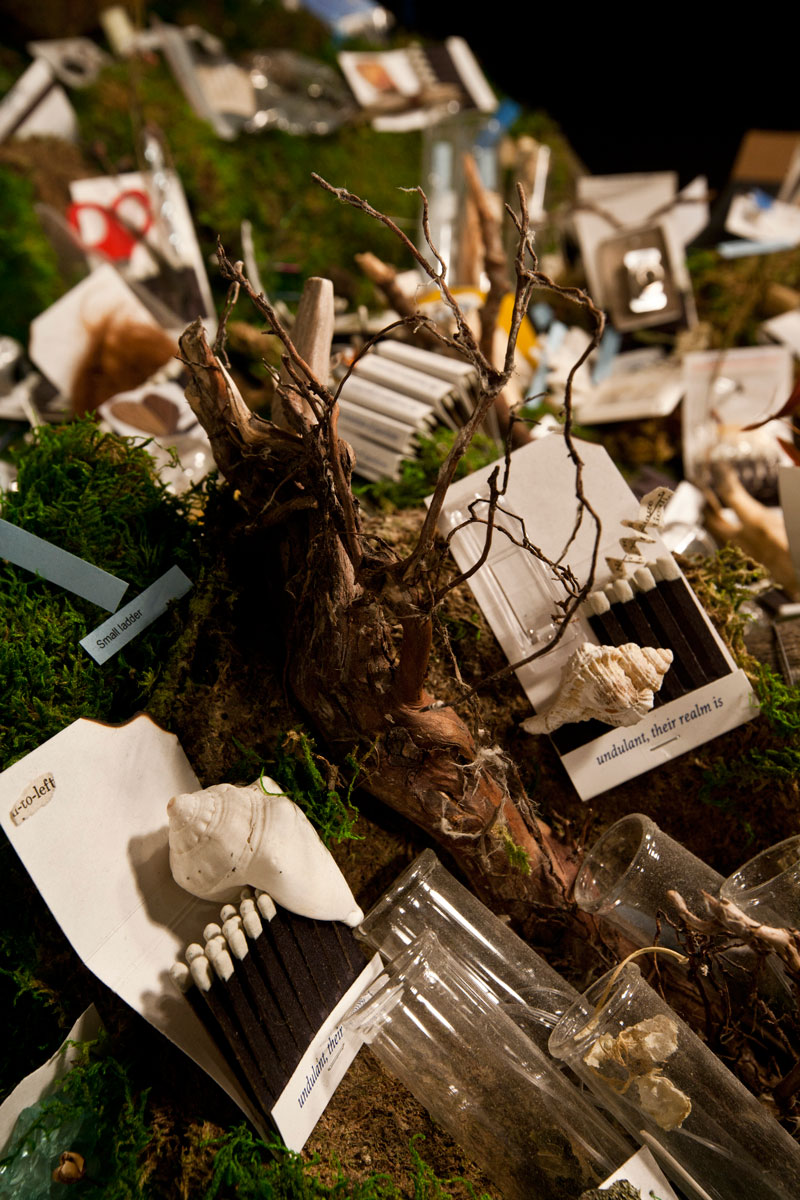 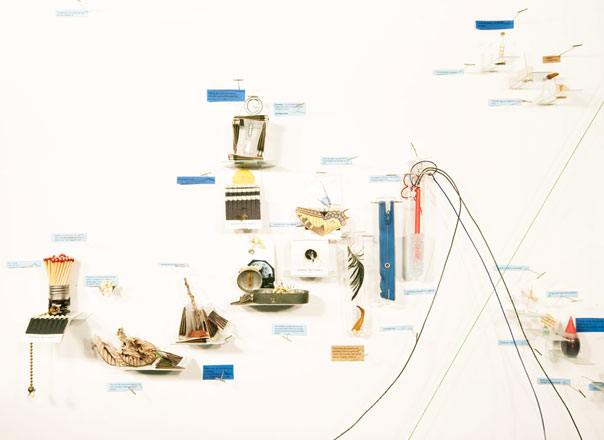 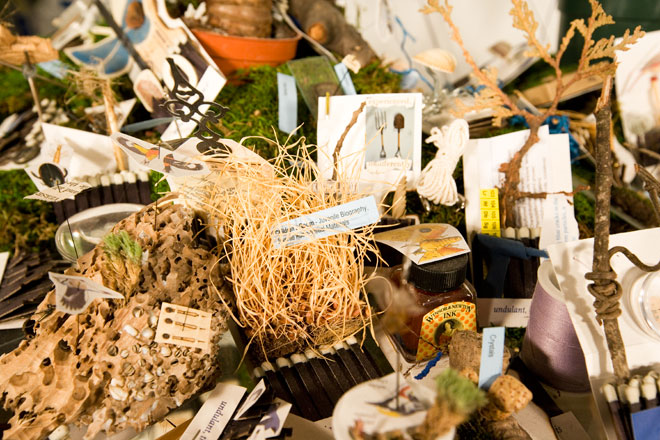 The central components of our collaborative project are an artists’ book and a wall-mounted scroll piece, which is both a drawing of a very long house and a sculpture extending from it. The longhouse, perhaps the earliest permanent structure found all over the world, was inhabited by cultures as geographically diverse as the Native Americans of North America, the Neolithic (and Medieval) peoples of Western Europe, and the Indonesian, Austronesian and Vietnamese peoples. The longhouse was a single-roomed building longer than it was wide, which held entire clans and extended families under one roof. The Haida peoples viewed the universe as a large house whose frame was the skeleton of a collective ancestor, while the Maori would, upon meeting a new tribe, sleep in their longhouse and dream together as one.

The structures themselves vary by climate and local materials… from sod-covered buildings in the Nordic landscape, to bent-birch with bark covering of the Iroquois, the symmetrical, grass-roofed buildings perched on stilts of Vietnam, to the intricate carvings and details of the Potatch longhouses of the Pacific Northwest . Historically, the houses represent the transition from nomadic and collapsible living quarters, to a structure that remains in one place- however growing and extending as the community does. Our house is a very, very long house, which combines multiple structural styles in one building, and continues as if infinitely to contain all our peoples.

The Longhouse Project takes the idea of a communal living space as a metaphor for a larger society inhabiting a shared planet. Joseph Campbell wrote that the future myths would not be metaphors about the individual or group/society… but instead the larger society as a planetary family. Our house will expand onto the walls surrounding, through links (wire/string) to wall-mounted canvas and works on paper, text, and objects- signifying the vastness of our shared community. We are creating stories for a new age, acknowledging common visions, shared goals, through this metaphor of shared space. Through the macro/micro relationships of the larger scroll-painting and small book drawings, to the tiny sculptures, text and assemblages, the Longhouse Project is both a calling to look closer and see larger.

The Longhouse project had two recent installations. The first was at 3rd Ward Gallery in Brooklyn within The Last Supper Festival in 2009, and the second was built for the set of El Cadaver Exquisto the film. 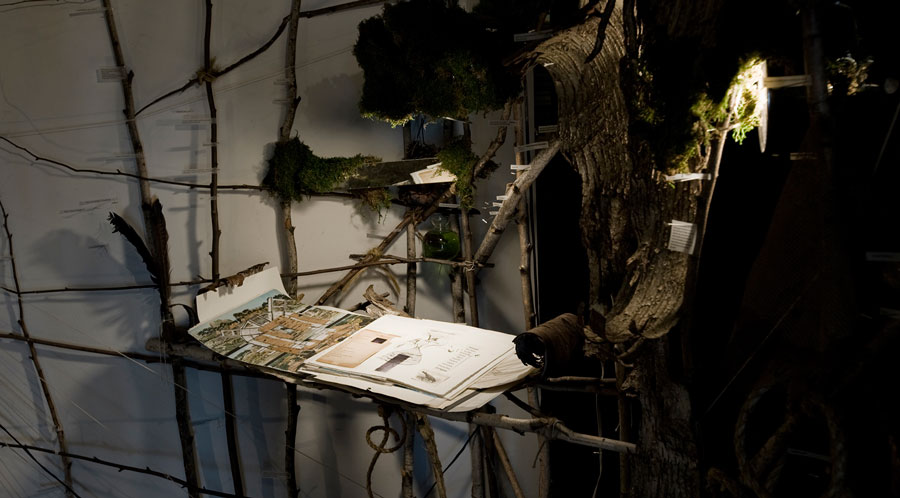 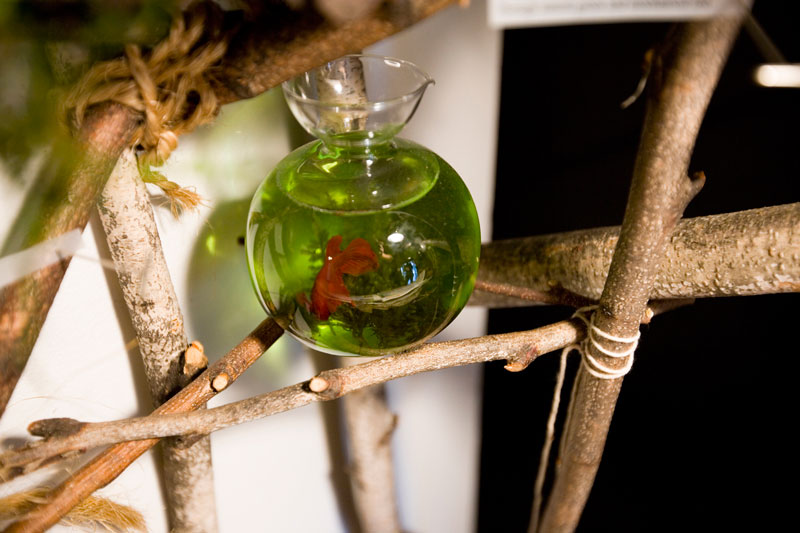 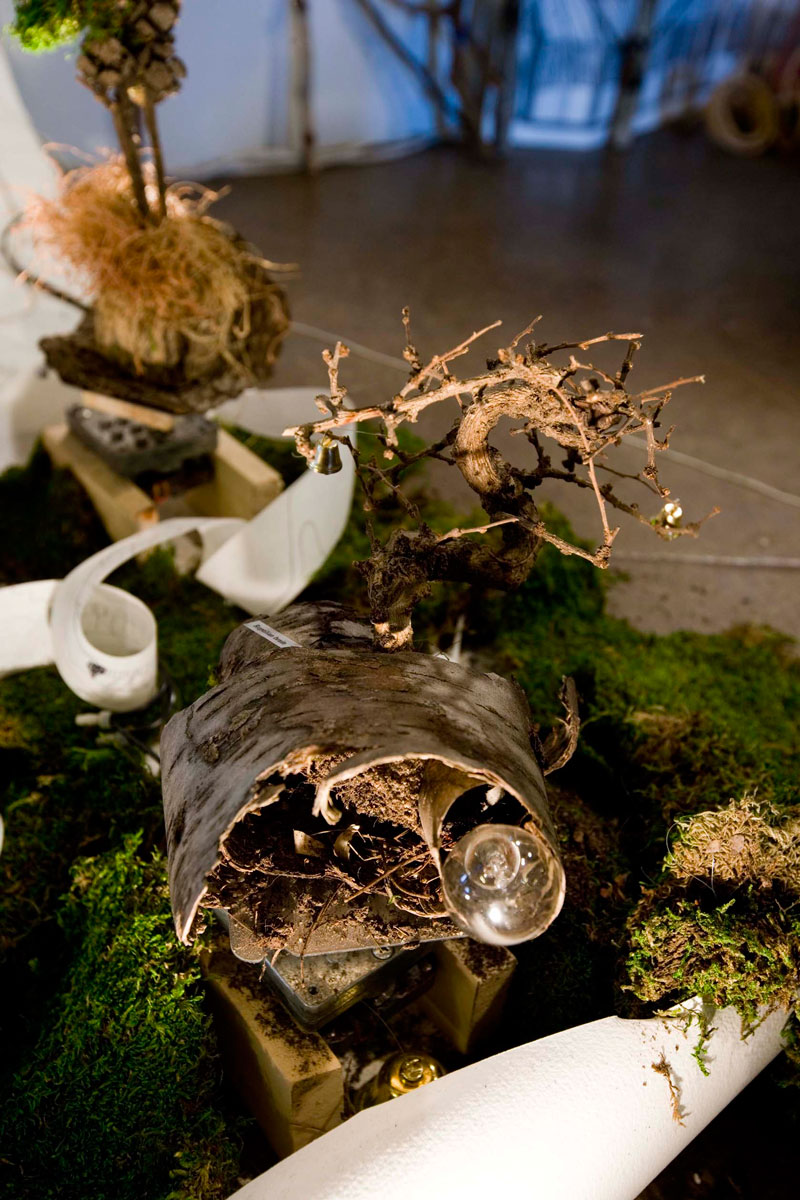 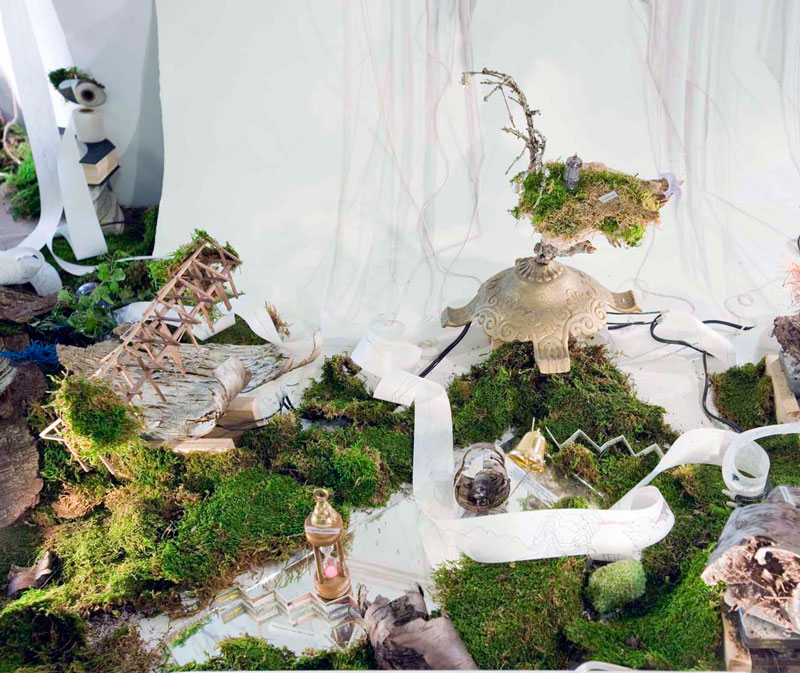 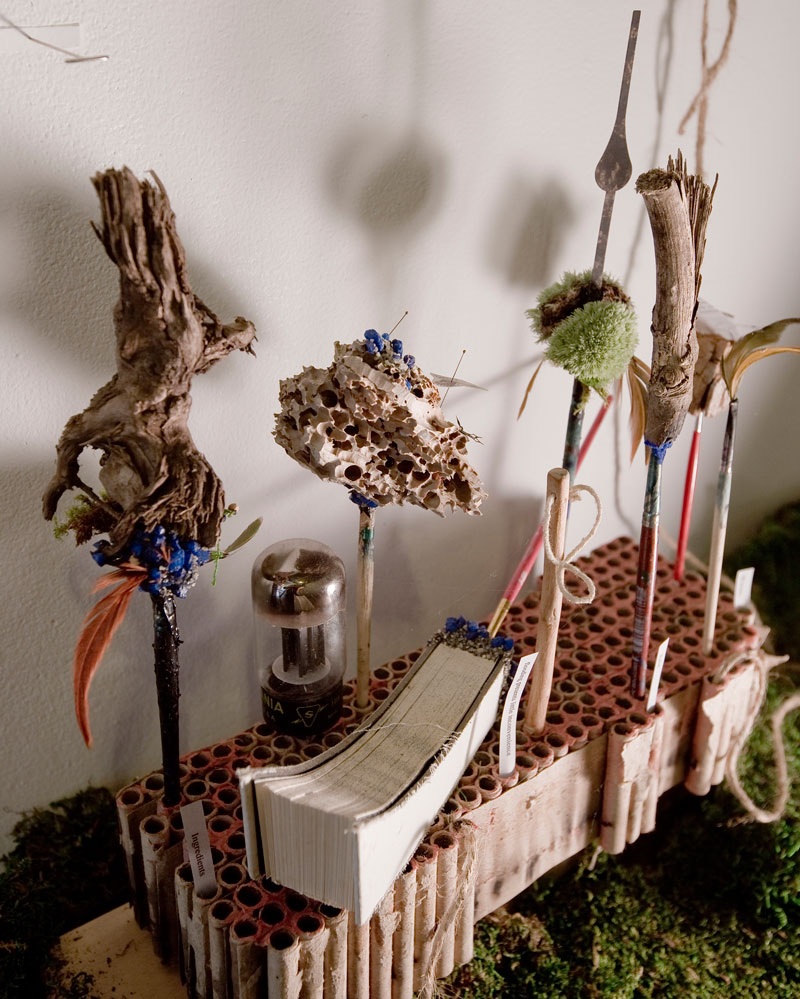 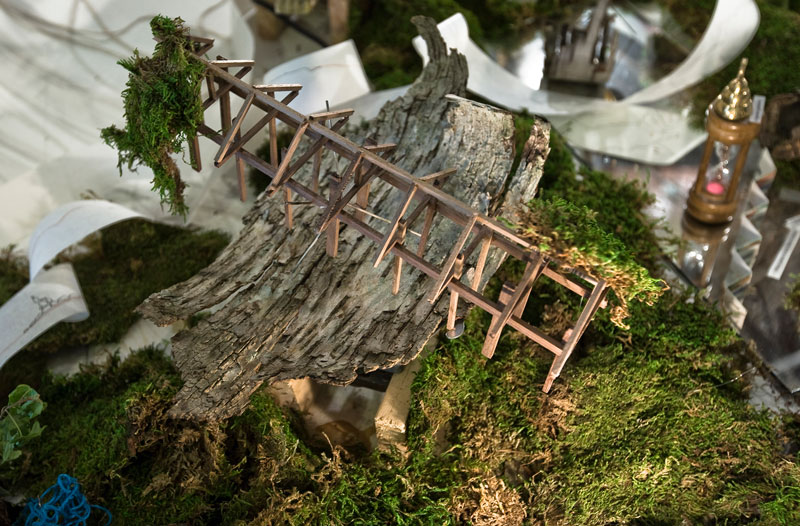 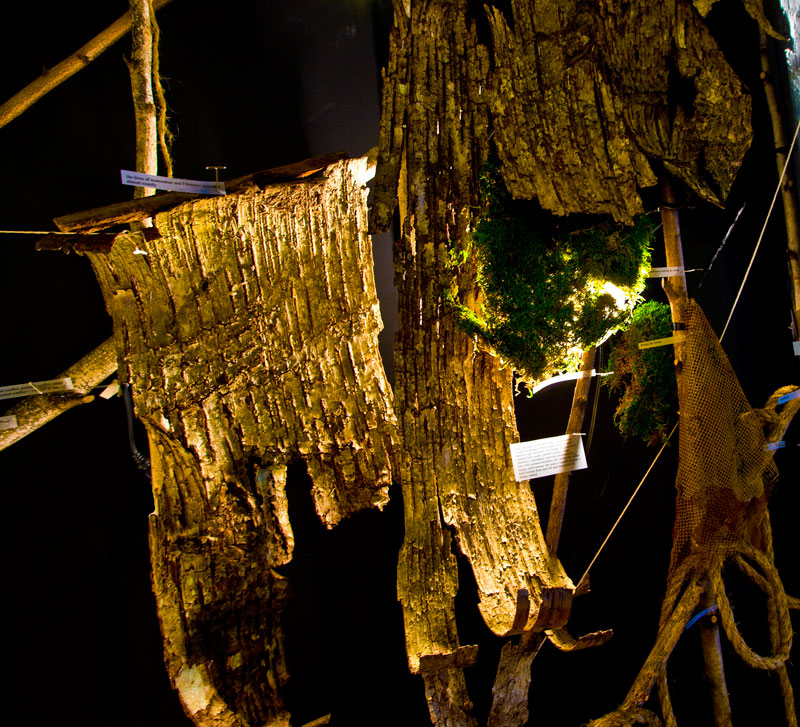